Book with confidence - our COVID guarantee

What do Charles Dickens, Lord Nelson, Winston Churchill, and the Wright Brothers have in common? Yes, you guessed it! They have all succumbed to the lure of the Isle of Sheppey, an island off the northern coast of the Thames estuary that gets its name from the old English ‘sceapig’— sheep island.

A taste of Sheppey

Think Isle of Sheppey, think classic seaside holiday. Walk on the golden sands of blue flag beaches at Minster Leas and Sheerness, and bathe in an experience sure to leave you with unforgettable memories. Once past the Kingsferry bridge that connects the island to the rest of Kent, you might think you’ve left England: the island enjoys the dubious distinction of being one of few parts of the United Kingdom to be lost to a foreign power, when it fell to the Dutch in 1667, albeit for a few days.

On arrival, you are wrapped in a warm tapestry, woven in the colours of blue skies, arresting southern sunsets and the swathes of green that blister the eyes along The Swale and Elmley Marshes. Rich history adorns the fabric of this place; an Island once conquered by Vikings and Normans. Travel along an old Tudor trail at Shurland Hall, a listed building where it is thought Henry VIII and his wife, Anne Boleyn spent their honeymoon on their way to Calais to see King Francis I in 1532. If you prefer the outdoors, there are open spaces for your caravan or purchase a holiday home at Golden Leas Holiday Park, where the care and service is unparalleled.

Sheppey’s unpolished fame also stems from its status as the birthplace of British aviation. The Eastchurch Aviation Museum comes alive with stories of men in the air; the phrase ‘She’s coming in on a wing and a prayer’ is a regular feature. To the north-east of the island is the busy market town, port, and old naval dockyard of Sheerness where Lord Nelson was based for many years. The historic town of Queenborough sits on the west of the isle with the parishes of Minster and Eastchurch on the east.

The Elmley Conservation Trust and Raptor Viewing Platform at Capel Fleet give nature enthusiasts the opportunity to watch the stunning array of birds who visit the island. The Swale Estuary has now been designated as a Marine Conservation Zone and the Isle of Sheppey is a great place to view it. Much like Treasure Island, many jewels await you upon your visit to Sheppey, minus Long John Silver, of course.

One Miss Andrews of Finsbury Park said in a postcard to her friend in 1916, ‘Dear Dolly, I like this place very much.’ - We feel the sentiment is still the same, even 104 years later. 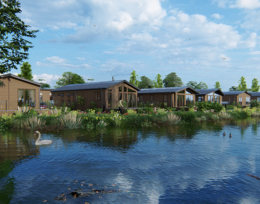 A Luxury Lakeside Retreat in the New Forest

Green Hill Farm Holiday Village is the perfect location for... 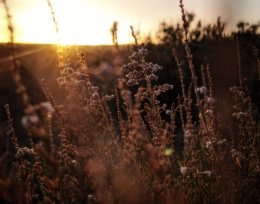 There is beauty in Norfolk that is at once, quaint and bewildering..

The sun chooses to rise in Suffolk every day, setting a good example...